Killing Floor 2 is the sequel to the survival horror game Killing Floor, published in 2009 for Windows and later for other platforms.

Killing Floor 2 takes place in continental Europe, where an outbreak caused by Horzine Biotech has quickly spread and gained unstoppable momentum, destroying the European Union. One month after the events in the original Killing Floor, the specimen clones are everywhere and civilization is in disarray; communications have failed, governments have collapsed, and military forces have been systematically eradicated. The people of Europe didn't know survival and self-preservation too well, and lucky survivors have gone into hiding.

After the outbreak, a group of survivors and mercenaries have banded together to combat the outbreak and established privately funded operation bases across Europe. Upon tracking specimen clone outbreaks, players will descend into zed-laden hot zones and exterminate them.

For in-depth statistics and mechanics, you may be interested in this very thorough Google Document. 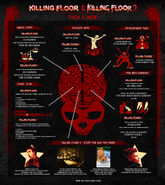 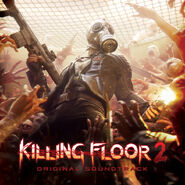 Artbook Cover
Add a photo to this gallery 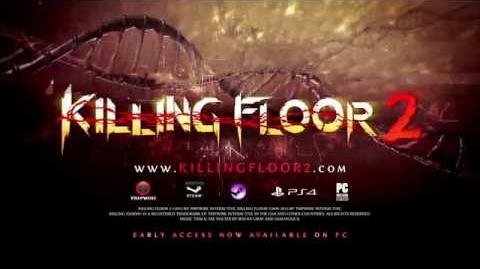 Retrieved from "https://killingfloor.fandom.com/wiki/Killing_Floor_2?oldid=8988"
Community content is available under CC-BY-SA unless otherwise noted.